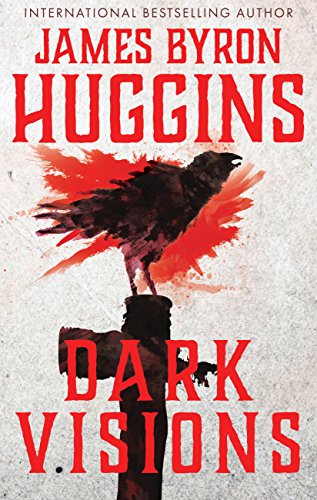 Joe Mac was a legendary homicide detective until his vision was lost in the line of duty and he was forced into retirement. Now he lives a life of darkness, his only friend being a huge Raven that Joe Mac names “Poe.”

But when Joe Mac’s grandson is murdered by an unknown killer, Joe emerges from his self-imposed solitude to resurrect the skills of the detective he once was. And, although he is blind, Joe Mac begins to hunt down his tiny grandson’s murderer.

Led in some dark way by Poe, Joe Mac relentlessly tracks a force that literally owns the darkness, uses the darkness, and belongs to the darkness. For the force he is tracking has fed upon this world for thousands of years, and has never known defeat. It kills like demons, disappears like ghosts, and leaves nothing alive. But Joe Mac is determined to follow this road to Hell no matter the cost. He will find whoever it was that so mercilessly killed his young grandson, and he will deliver justice … even if it costs him his life.

Fearlessly following the clues, he tracks the murderers of his grandson into the deepest, most dangerous heart of ancient nightmares. And with each haunting step into that darkness, Joe Mac realizes that he has somehow challenged a power that has destroyed nations and conquered continents. And the death they have delivered to the Earth reaches back to the beginning of the world …

Four out of Five Stars

First off, I need to say that James Byron Huggins is one of my favorite authors. He’s one of the few that I actually keep track of, hoping for a new release. That being said, Dark Visions wasn’t one of my favorites. The story is good and I did enjoy it, but it lacked the magic I found in Rora, Hunter, Cain and Leviathan.

Joe Mac is a retired homicide detective, having lost his sight in the line of duty. Basically living as a recluse, his only real friend is a huge raven named Poe. Though he is blind, when his young grandson is brutally killed, Joe uses his skills as a detective to help try to find the killer.

I enjoyed getting to know the blind detective Joe Mac and also Jodi Strong, the woman he is partnered with while trying to find this killer, and there is a mystical quality I’ve come to expect from Huggins’ work where the raven is concerned. Though the raven definitely plays a part, I felt there could have been more. In Hunter, I cared as much for the wolf as I did the main character and I didn’t gain this with the raven.

I think what I also missed in this story, what I craved, was a closer look inside the mind of the killer—as crazy as some of them could be in the other stories. I wanted more insight into the Druids involved, their motives. I missed being right inside the antagonist’s head. Joe Mac, Jodi, and some of the other characters could only guess and it left me wanting more.

Every reader looks for a little something different in a story. I think those who enjoy detective murder mysteries will like this. There are no real dull areas, giving us plenty of action along with twists and turns to keep one guessing to the end. I can’t wait to see what this author comes up with next.