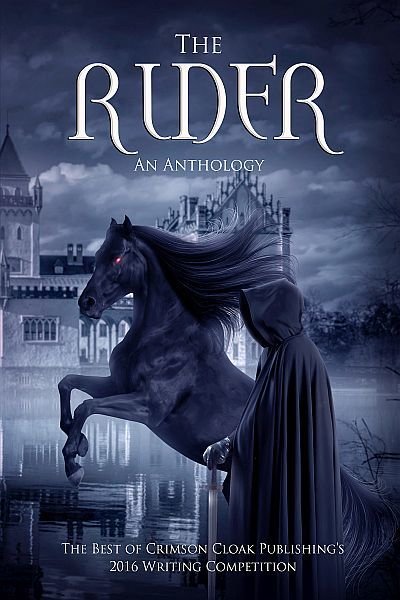 The Winners of the 2016 Crimson Cloak short story writing competition, along with a selection of the best runners-up, are presented here in a compilation volume entitled THE RIDER.
Writers were asked to write a story of 1500-3000 words based around a stock picture showing a hooded rider in a fantasy landscape. The standard was so high that judging proved very difficult: in fact, first prize was a tie between talented writers Dawn McCracken and Ricky German. Third prize was won by David A. Jones after a tiebreak involving authors James Bruce and Denna Holm.

Buy this book to read the cream of the crop.