BROKEN ENGLISH by Marita A. Hansen 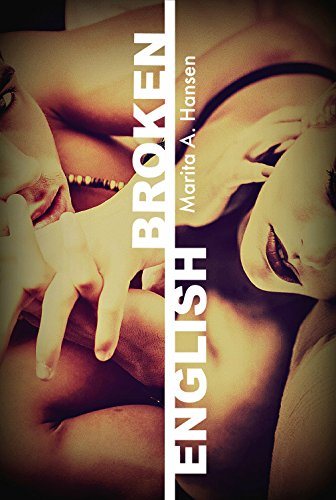 For me, the name Dante conjured up two images. The first was the epic depictions of Hell from Dante’s Inferno, with people burning for their sins. The second image was a sexual depiction. I don’t know where it came from, but as far back as I can remember, I had always associated the name Dante with a beautiful and sexy man. I’d imagined a dark-haired, dark-eyed, gorgeous lothario, the type who could capture a woman’s heart with just one look. Dante was the Fabio of my generation, the heartthrob that got women’s hearts beating fast, made us want this man to rip our clothes off and to throw us onto the bed.

Little did I know that the Dante that walked into my life was very different from the one I’d imagined. Oh, he was dark-haired, dark-eyed, gorgeous, even a lothario … just … he wasn’t a man. He was a fifteen-year-old boy who was going to send me to the Hell his namesake had written about. 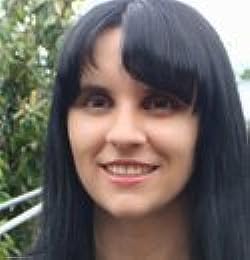 SOME FACTS ABOUT MARITA:

NATIONALITY: I am a New Zealander with Croatian heritage.

SPORTS: As a teen my favourite sports were karate, badmington, and running. I also did unarmed combat and played in a touch rugby team (my gym teacher made me do the last one!) Now I stick to running and have completed a marathon.

CAREER PATH: I started off as a Graphic Designer, then went to Auckland University, where I got a BA degree in Art History and Italian Studies and a post-graduate Honours degree in Art History. I worked in the Art History field, then became a full-time artist, doing commissions. I eventually lost all of my senses and gave it up to be a poor, starving writer, smh.

BAD HABITS: I’m a major procrastinator that can’t seem to earn money to save myself!

STATUS: Married to my high school sweetheart (which he hates me calling him). We have two kids.

Every now and then a novel comes along that really takes me by surprise. Broken English by Marita A. Hansen is one of them. I think I went into this story thinking it would be a twisted tale about forbidden sex, an older married woman finding herself attracted to a younger teenage boy. Clara had her demons to fight, no doubt about it, but I’m wondering how any of us women would have fared against a street-smart kid like Dante Rata. I alternated between feeling sorry for the young man, (wanting to take him home so I could take care of him) to wishing I could stick a bar of soap in his potty mouth. But then I also wished he’d been a little older so I could justify in my head how Clara felt about him, because I understood it.

Dante is fifteen going on thirty. He’s had a hard life, his good looks not doing him any favors. He is used and abused, mostly by women, and craving someone to treat him like a real person, and not just a play-toy. Not that he doesn’t enjoy the ladies. He’s got a tough outer shell, built up over years of abuse, and it’s difficult for him to let anyone get close. Clara starts out wanting to help him, but he’s not like any other student she’s ever dealt with. A little out of her league.

It’s difficult to say too much else without giving everything away and I don’t want to ruin the story for you. Don’t go into this thinking it’s only about sex. There is way more involved that you’d have to read to understand. I don’t give out five stars easily, but this one definitely deserves it. Give it a read. I think you’ll enjoy it as much as I did.